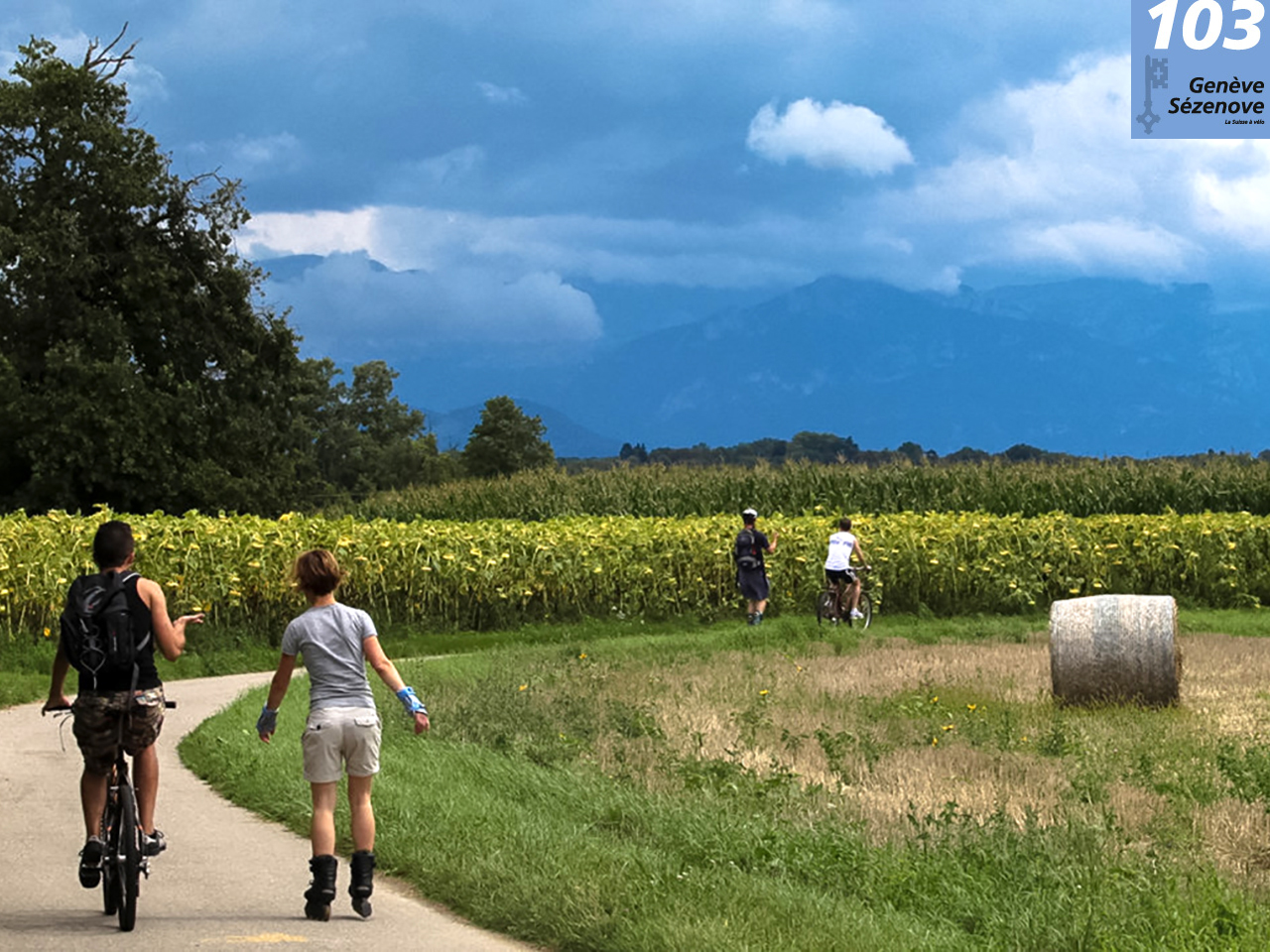 Your bike ride in and around Geneva

The cycle tour offers a kaleidoscope of contrast

From the modern Passerelle du Seujet to traditional dwellings, from spectacular river confluences to overwhelming views of the l'Aire lowlands.

Crossing the modern walkway, the Passerelle du Seujet, the route leads to one of the most beautiful but often less-appreciated corners of urban Geneva. The confluence of the clear, green waters of the Rhone and the ochre-yellow waters of the Arve is one of nature’s genuine spectacles. It’s well worth making a stop to enjoy the fantastic landscape, particularly as it is threatened by a planned building project. The cycle route then climbs along the fringe of the wildlife park through the Bois de la Bâtie and crosses attractive residential areas in Lancy and Onex before the landscape opens out to the l'Aire lowlands and Salève. The views of the Geneva countryside are spectacular. After the first vineyards in Signal de Bernex, views extend over the near and distant surroundings to the Jura, the Vuache and on to the Fort de l'Ecluse. Those wanting to continue the route can follow the Rhone-Route No. 1, opened by Cycling in Switzerland in 2010, as far as Chancy in the westernmost tip of Switzerland. And for those lured further south, the Rhone-Route crosses France to reach the Mediterranean.