Traditional fondue by the lake, delicacies in the heart of the Old Town, Michelin star restaurants in the vineyards, trendy spots and food fusion, Geneva’s gastronomic scene offers exceptional diversity. You’ll have to stay long enough to taste it all! 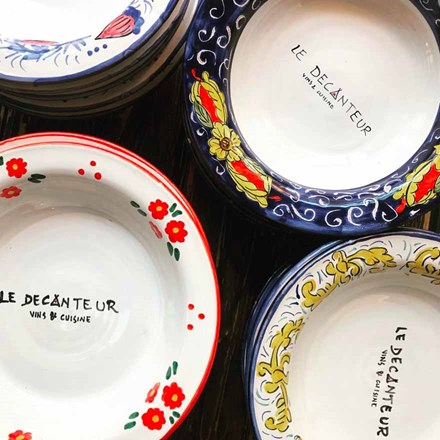 Le Décanteur, restaurant of the month

The quaint Italian arcade on rue des Eaux-Vives has been ravishing the hearts and tickling taste buds of Geneva’s residents for almost seven years. Smiles, good mood and of course, Dolce Vita are the key words for this restaurant and wine bar that is open every evening of the week. It’s the place to be to rejoice in the warmheartedness and the joys of the Southern Peninsula!
With its buzzing atmosphere, high tables and open kitchen, Le Décanteur makes you feel right at home. There’s no fixed menu, but a choice of two home-made pasta dishes each evening as well as a few suggestions to accompany your drink: burrata from Puglia, piadine or cheese and a selection of Italian charcuterie. As for the wine, you’ll enjoy restaurant owner Luca’s delicious, predominantly Italian selection, which also features a number of small, more local and natural gems.   ledecanteur.ch

Portrait of a chef

A little over a year ago, Italian chef Francesca Fucci took over the kitchen at Fiskebar, located in the Ritz-Carlton Hôtel de la Paix, and has since put her stamp on the place with her joie de vivre and sincerity. The chef offers her guests Nordic-inspired cuisine, prepared with local and seasonal produce. Her short, no-nonsense menu reveals, with finesse and transparency, all the richness of Geneva’s terroir and the know-how of its craftspeople. Her fusion cuisine blends local flavours with foreign culinary techniques.

With flamboyant dynamism, Francesca Fucci brings her stove to life and inspires others. She is always looking for new challenges, with a strong commitment to the produce and a deep attachment to people. Originally from southern Italy, she grew up in the small fishing village of Margherita di Savoia in Puglia. Initially passionate about art, Fucci started culinary school at the age of 13, a path that shaped her future and enabled her to nurture her taste for the art world, travel and people. After school, she began her professional career in Rome, at Moma, as manager. This was followed by a series of internships and new experiences in starred establishments, such as the Splendide Royal in Rome or Heinz Beck’s La Pergola. Fucci then chose France, where she continued her training with Joël Robuchon in Monte Carlo. She then decided to return to her first love at Moma in Rome, where she and her husband transformed the old bistro into a fine dining establishment that they ran for six years.

She began in Switzerland as a private chef in Lucerne. In 2017 she joined the kitchen at Fiskebar in Geneva as sous-chef. Three years later, Fucci was promoted to the rank of chef. Today, she offers a vision of cooking centred on taste, with “emotional” recipes, always linked to memories of family or travel. The balance of taste and texture is paramount. Her initial attraction to art is undoubtedly reflected in her dishes where the harmony of shapes and colours is endlessly appealing. As for the produce, Fucci relies on the enchanting marriage of local produce, most of it organic, with Nordic flavours and techniques. In the end, it is authenticity that prevails, with finesse and rigour in view.

Her favourite food.  The sea urchins that her father catches and which are prepared and eaten on the beach.

Eating locally in the heart of Geneva is possible! We offer you a selection of “locavore” restaurants that promote local products and wines from Geneva. 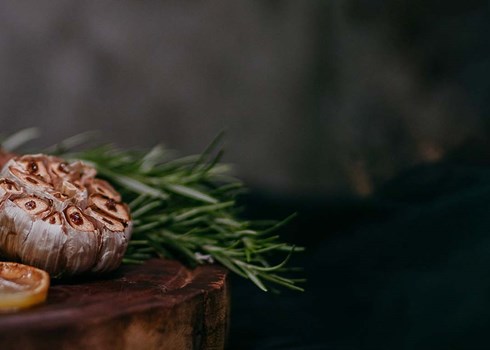 Autumn has arrived! And with it, vines, chestnuts, pumpkin or even venison, hare and other game accompanied by lavish dark brown sauces. You’ve got it, autumn is game season!

Treat yourself to a meal with our selection of gourmet restaurants from all over the globe.

On the go for a daytrip

On the spot or to take away, discover our selection of quality “on the go” eateries, to eat quickly and at any time. 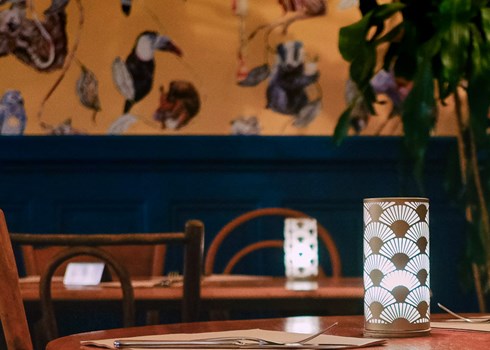 With the gastronomic scene constantly evolving, Geneva is a hot bed of culinary delights much to the pleasure of its visitors! 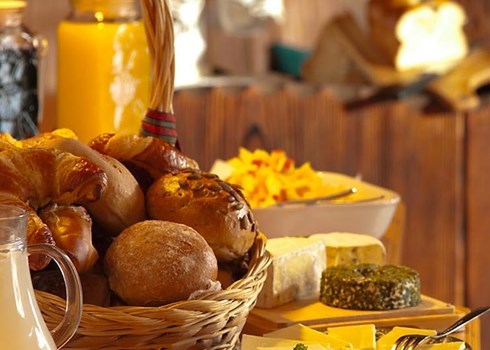 A la carte, buffet, vegetarian or in the most chic places of the city, it is time to relax and taste the little pleasures in life!

Dining with the stars in Geneva

With no less than twelve starred establishments, Geneva has turned into a true destination for haute cuisine and features exceptional restaurants, whose fame has now spread beyond our borders.

If you want to know how cool a city is, check out its rooftop bars! Geneva has some very funky rooftop bars – with something for every taste.

Geneva Swiss City of Taste in 2021

Geneva has the honour of being named Swiss City of Taste 2021 by the Foundation responsible for organising the Semaine suisse du Goût.
Read now