One of the six most beautiful private libraries in the world. Designated a "Memory of the World" heritage site by UNESCO

Papyri, medieval manuscripts, autograph letters and manuscripts by Goethe, Proust and Newton as well as rare prints including the "Gutenberg Bible" await visitors in our underground museum designed by Mario Botta.

The Martin Bodmer Foundation houses and exhibits the greatest texts of world literature from the origins of writing to the present day. The collection, classified as a UNESCO "Memory of the World", includes one of the 48 copies of the first edition of the Gutenberg Bible, the first editions of Shakespeare, the Egyptian Books of the Dead, autographed documents by Mozart, Beethoven, Napoleon, Borges.... The Foundation welcomes its visitors in its modern museum designed by Mario Botta, in the incomparable setting of the hill of Cologny, with a breathtaking view of Lake Geneva.

First Wednesday of the month free entry from 6 to 9 pm. Guided tours at 7 pm. 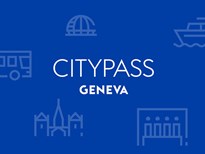